The SIGNAL RECOVERY model 5209 is the benchmark single-phase lock-in amplifier against which others are judged. It is widely referenced in technical publications describing a diverse range of research applications including optical, electrochemical, electronic, mechanical and fundamental physical studies. We also offer a dual-phase version, the model 5210.

Although the introduction of instruments using digital signal processing has brought advances in phase sensitive detection techniques, units using analog demodulators are still the first choice for many experiments. These include those requiring a true analog output, for example in some feedback control loops, or where the instrument is used to recover the envelope modulation of a "carrier" frequency. Of course, they are also chosen for compatibility with previous experimental setups.

Voltage or current inputs…
The instrument includes a current preamplifier with two transimpedance settings and so can directly measure signals from current sources such as photodiodes. With an input impedance of down to typically only 25 Ω the resulting voltage generated across the source by the signal current is minimized for the very best performance.

Unique Walsh Function Demodulators…
The simplest method of implementing the phase sensitive detector at the heart of an analog lock-in is with a reversing switch driven at the reference frequency, giving excellent linearity, dynamic range and stability. This is known as a "squarewave" demodulator since the instrument responds to signals not only at the reference frequency but also at its odd harmonics. It offers much better performance than can be achieved by using a true analog multiplier, which requires the synthesis of a very pure reference sinusoid and is very non-linear when handling large levels of interfering signal.

Squarewave demodulation is ideal for many applications, such as experiments using chopped light beams where the signal being detected is a square-wave, since the odd harmonics contain useful information. However in other cases the requirement is for "sinewave" or "fundamental" response where only signals at the reference frequency are measured.

In theory, a squarewave can be modified to a sinewave response by inserting a low-pass or bandpass filter in the signal channel ahead of the demodulator. However this requires a highly selective filter in order to reject signals at the third harmonic without at the same time causing significant phase and magnitude errors for signals at the reference frequency.

The model 5209 uses a modified form of switching demodulator, known as the Walsh demodulator, which multiplies the applied signal by a stepped approximation to the reference sinusoidal waveform. This gives a demodulator that does not respond to signals at the third and fifth harmonics, although it does respond to higher harmonics. A fourth-order signal channel filter is therefore included to reject these harmonics, giving a overall sinewave response. The advantages of the switching demodulator are thereby retained without the phase and magnitude errors associated with the use of highly selective filters.

The instrument can be switched to operate in either sinewave or squarewave mode, giving you the choice of the optimum detection method for your experiment. Only SIGNAL RECOVERY gives you this flexibility.

The analog outputs from the demodulator, after filtering by the output low-pass filter, needs to be digitized by an analog to digital converter (ADC) for display or for transfer to the controlling computer. If this conversion is carried out asynchronously then the resulting values can display significant jitter. This is because the demodulator output contains not only the required DC level, but also signals at twice the reference frequency. When the output is sampled for conversion, this 2F signal means that some samples will be smaller and some larger than the mean.

Of course, the 2F component can be reduced to any arbitrarily small value by increasing the time constant, but this reduces the response time to changes in input signal, slowing down data throughput. The model 5209 therefore offers a unique reference synchronous ADC trigger mode, which guarantees that the output is sampled at the same point relative to the reference waveform and thereby removes this source of error. 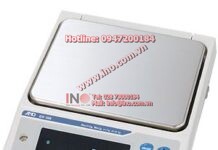 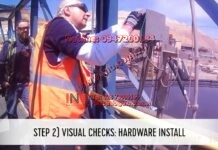 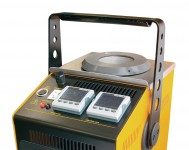 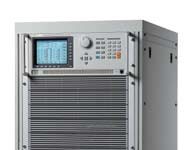 How to improve Fuel Efficiency – Combustion Analysis theory, instrument and...

The Spectrophotometer: A demo and practice experiment

How Does a Spectrometer Work?