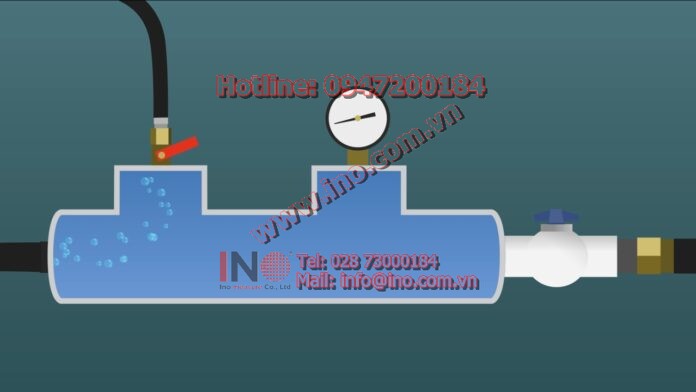 Transcription:
Hi my name is Darren Merlob, I’m the owner of Leaktronics. We’re here today to do a demonstration on proper pressure testing, pressure testing safety, determining whether there’s a leak in a pipe and then actually locating it with the electronic equipment. This is the pressure rig made by Leaktronics. It has induction plugs that we can screw on the end of it from 1 inch to 2 inch. Which are most popular sizes in the swimming pool industry. It also allows you to mix air and water in the chamber. So water comes through this. Air comes through this. You can control it both with the valves. Always watching your pressure. And what you’re doing is you’re mixing the air and water and sending it out to the pipe. What that does is it creates a very distinct boil.

So we’re going to be testing this 2 inch line that’s behind me with the pressure rig. Again using water only, we’re going to pressure it up and then if it’s leaking that’s when we’re going to show you how to use air to introduce into the leak to create that boil. Then we’re going to show you how to use the deck plate and soil probe.
So we install our solid plug into the pipe giving it a couple of turns and make sure it’s in tight. Then we install our injector plug into the pipe. Again giving it a couple of turns. Then we hook up our garden hose for fresh water. Again we are going to be using water only for our test. We don’t mix water and air to do the test, it’s water only. Watch the gage, watch the drop, we have a leak.
So now that we built it up to 10 or 12 pounds which we never want to go over 10 or 12 pounds of pressure for proper safety. You never want to stand above a plug, you never want to stand in front of a plug, it could be dangerous when you put them under pressure because they could blow out and they could do damage. So when we bring it up to 12 pounds as we did, we have our drop, it dropped down to 5 pounds in probably less than a minute. Which is telling us it’s not holding pressure. So we have a leak. So yes we pressure tested the pipe. But no we didn’t find out where the leak is. Now we’re going to show you how to do it with both.
So now that we have it induced with water, we’re going to bring it back up, we’re going to let it drop, then we’re going to show you how we add air, and how we listen. On hard concrete we’re going to use the deck plate and on soil rocky conditions, grass, we’re going to use the soil probe.
So we hook up our air now to our compressor. We use a 6 pound compressor, and we’re going to bring our water out, let it drop on it’s own. Then we are going to hit it with air, trying never to get above 12 to 15 pounds. As we are doing that, you’re going to have the other guy listening with the deck plate through solid concrete. He’s going to be checking it, moving that deck plate at about 12 inch intervals listening for that distinct boiling sound. Then we use our soil probe for when we are not on solid surfaces when we’re listening in a rocky area. Again we probe it moving the probe 10 to 12 inches each time. We heard this leak. So now we’re going to get right over it, mark our location. We’re going to set an X in the middle. That’s the area that needs to get cut and excavated.
Web: www.ino.com.vn | Mail: info@ino.com.vn
Tel: (+84) 028 73000184 | Hotline: 0947200184
Website: http://www.ino.com.vn Website: http://www.ino.vn
Please visit INO YouTube Channel for more Video
https://www.youtube.com/inomeasure 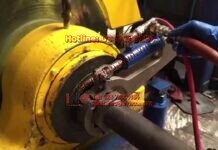 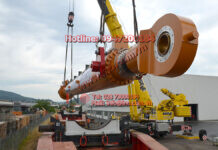 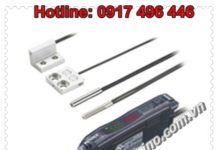 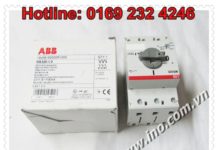 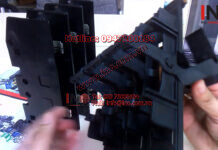 The Spectrophotometer: A demo and practice experiment

How Does a Spectrometer Work?